Meet us at the NMAAM after the summit! In partnership with Everybody vs Racism, your ABP2022 registration includes an all access pass to The Black Experience with Angela Yee Friday night! 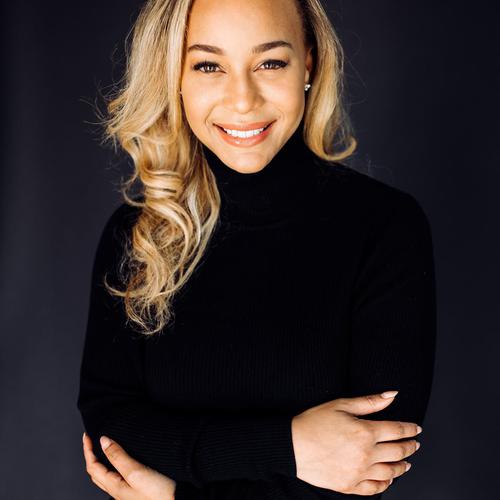 Embrace Your Power to Lead & Thrive with Authenticity

Categories covered by this talk

How are you owning and embracing your power to thrive as a leader? It's time to own your power! Join our special guest & closing keynote speaker - Morgan DeBaun!

Morgan DeBaun is a serial entrepreneur and corporate advisor. As the Founder & CEO of Blavity Inc., the leading digital media company for Black culture and millennials, Morgan has grown the company into a market leader for Black media, reaching over 100 million readers per month through a growing brand portfolio which includes: Blavity News, 21Ninety, AfroTech, Travel Noire, Shadow & Act, and Lunchtable.

Under DeBaun’s leadership, Blavity has launched several leading consumer summits, including Summit 21 for Black women creators, and AfroTech, the largest tech conference for Black innovators and founders. DeBaun acts as an advisor to influential global brands and companies including Disney, American Airlines, CES, Pantora Bridal and Rosen Skincare. She is also an angel investor in Golde, a consumer brand present in over 200 stores, and Public, which has a $1B+ valuation.

DeBaun is a recipient of ADCOLOR’s Innovative Award, has been recognized by Forbes in the 30 Under 30 and America’s Top 50 Women in Tech lists, and was named as one of the 100 Most Influential African Americans by The Root.

Born and raised in St. Louis, she graduated from Washington University in St. Louis with a Bachelor’s Degree in Political Science and minors in Entrepreneurship and Education.

Have you got yours yet?

Our All-Access Passes are a must if you want to get the most out of this event.

We use cookies This website (and some of its third-party tools) use cookies. These are important as they allow us to deliver an exceptional experience whilst browsing the site.